Can you change and become a morning person if you’ve been a night owl for 30 years? I argue that you can. Here is my story.

For a big part of my life I was the most tired person in the world in the morning. I could hardly do anything before 9 am. There was a period when my lectures at university started at 8 am but I could not listen and take in what was being said before 9 am, even if I had slept well the night before. 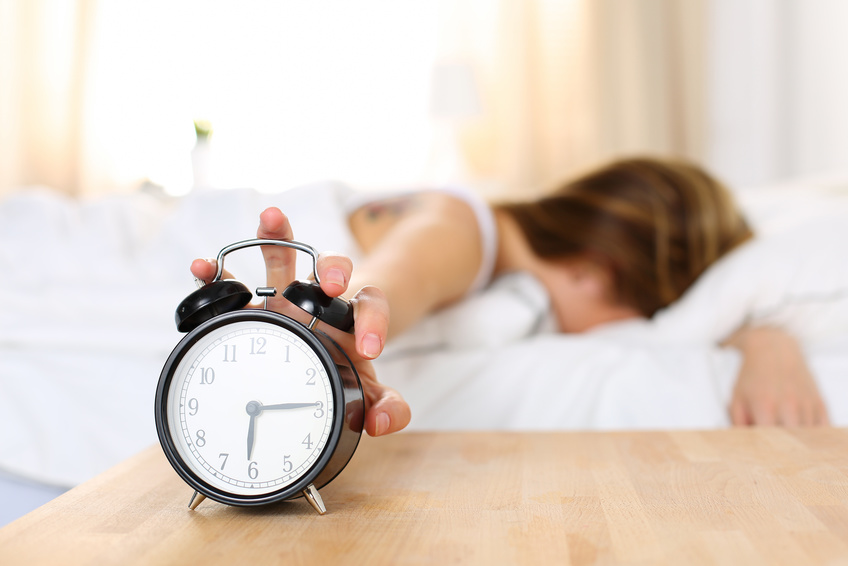 I grew up with a mum who was a night owl and a dad who was an early bird. When I look back on my childhood and late teens I think I made a choice to identify with my mother when it comes to my sleeping habits. Or maybe this was my natural 24-hour cycle?

In 2010 I decided that it was time to change my sleeping patterns and become more alert in the morning. The idea came to me when I participated in a Bikram yoga challenge in February 2010. It’s a crazy event where you sign up to do 30 Bikram yoga classes in 35 days. To be able to manage my schedule I had to do some of the classes at 6 am in the morning. Exercising in the morning was a new experience and I liked it. It took away the stress of thinking ‘I have to exercise but all my evenings are busy and I’m not sure when I’ll get time.’

When I had been walking through one of the parks in Chiswick, West London, I had seen some people doing some outdoor bootcamp training. Through Google I found out that the bootcamp organiser was Urban Vitality and I decided I should try the early class at 6.45 am. I thought that this may help me in my attempt to become more awake in the mornings. Exercise and a bit of socialising should help.

I started the bootcamp in October and it was a little bit confusing in the beginning. There was new gear, new games, new people and new vocabulary. I had never heard of ‘burpees’ and ‘mountain climbers’ before but I quickly got into the new jargon.

When you try something new it’s crucial to get the right kit to start with. If you don’t you may pull out because you are not comfortable. To do bootcamp in a park in the winter you need warm gear. Nothing stops you from doing bootcamp; you do it in snow, rain and hail. I got new shoes that didn’t let any water in and waterproof gloves and I used my beloved old fleece hat. 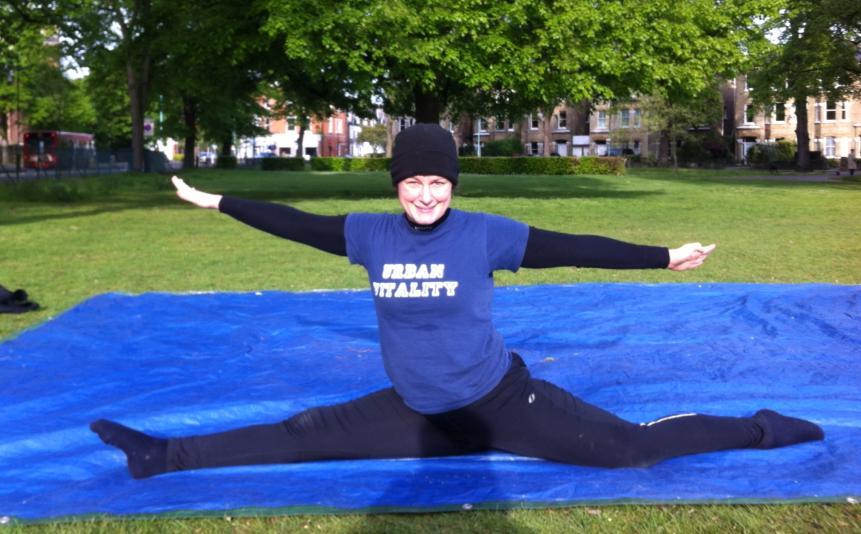 This is me after one of the early morning classes, I’ve always been very flexible.

John Limpus, the founder of Urban Vitality, was doing his best to get people to chat in the morning bootcamp class. As a night owl I was not the ‘chatty’ version of myself that early in the morning. One of my bootcamp friends, Darren, was always teasing me for yawning throughout the class.

Then one day my yawning stopped. I had been doing bootcamp 3-4 times a week for over 100 days. I had got into a strict routine to pull myself together in the morning and go to bootcamp. 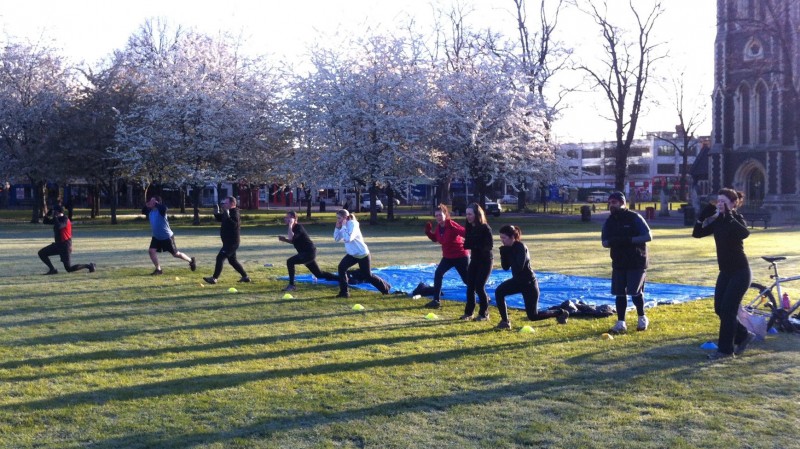 Some people from my group doing one of the bootcamp games.
The other thing that was fascinating for me was that even if I was not the most talkative person at the morning bootcamp I took in a lot of what the trainer, John, said. Having someone talking about how important your diet is every time you exercise and how to think about your daily routines helps. Some of the things John said were: Repetition works. Now I’m much more aware of what kind of health advice to trust since I got a basic course in nutrition by going to bootcamp.
READ MORE   Food as medicine - does it work? 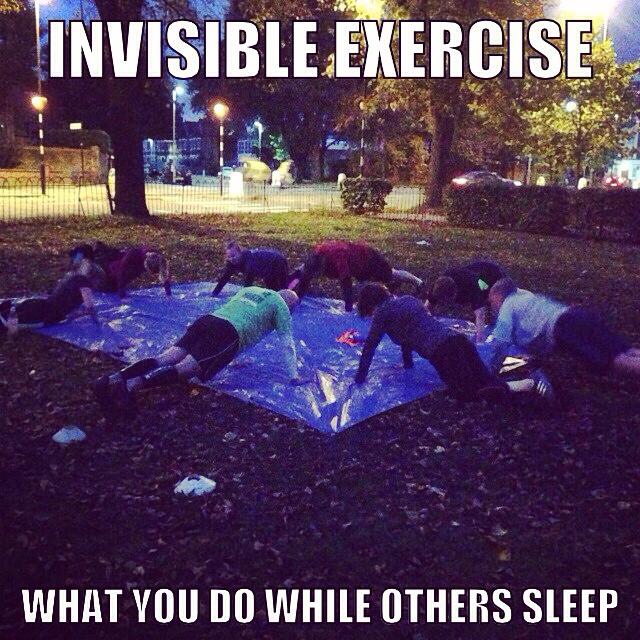 Here we were playing one of the harder end-of-session games.

I did the Urban Vitality Bootcamp for 4.5 years. Then I got an injury and had to change the exercise I do. Running around on the grass was too slippery for me so now I work out in the gym or by myself outdoors.

I would not suggest that morning bootcamp is for everyone; there are evening classes as well that may fit some people better. One of the nice side-effects is that I got to know lots of local people, which in a big city is invaluable.

Six years later I don’t brand myself as a night owl. I’m much better at going to bed on time and I still like exercising in the morning. The biggest difference is that I wake up and my brain works straight away; I don’t need to be awake for two hours to feel like a proper human.

Changing any habit is not easy, especially the kind of habits that you’ve had for years. I would say that it takes at least 100 day to notice a difference, and then you need motivation to stay with it. For me it helped hugely to have my bootcamp as a habit change agent.