Last night I had the opportunity to go to a VIP evening at Aveqia. It was absolutely amazing and we had lots of fun while cooking a delicious 4-course meal with help from two chefs who both have been working around the world at Michelin stars restaurants. 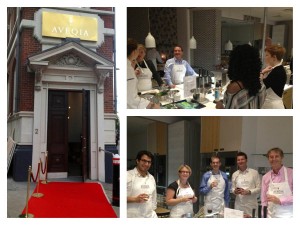 The concept of Aveqia London

You start the evening with a drink in the bar, then you are gathering in the big kitchen and listen to what the Aveqia team has planned for the evening. Everybody are divided into four groups and each group are responsible for one dish each. While cooking you are socializing and getting to know the other in your team quite well and you can mingle with the others as well.

When the food is ready you sit down and each team serve their course. Easypeasy and all you have to do is to enjoy an amazing meal with perfectly matching wine.

This event is perfect for any team who would like to do something different, it’s perfect client entertainment and everybody who 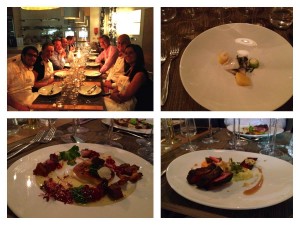 likes food and cooking will absolutely love it. Combining both a top-class restaurant and cookery school…

The Aveqia team are inviting lots of people for a taster over the upcoming weeks and the concept will travel word-of-mouth all over London. So far Aveqia has been mentioned a lot on Twitter, I counted to over 200 tweets (after just been opened a few days) that I could find using storify.com. As you can see in the slideshow images and food goes very well together.