You can download Sofie Sandell’s poems and save on your computer. 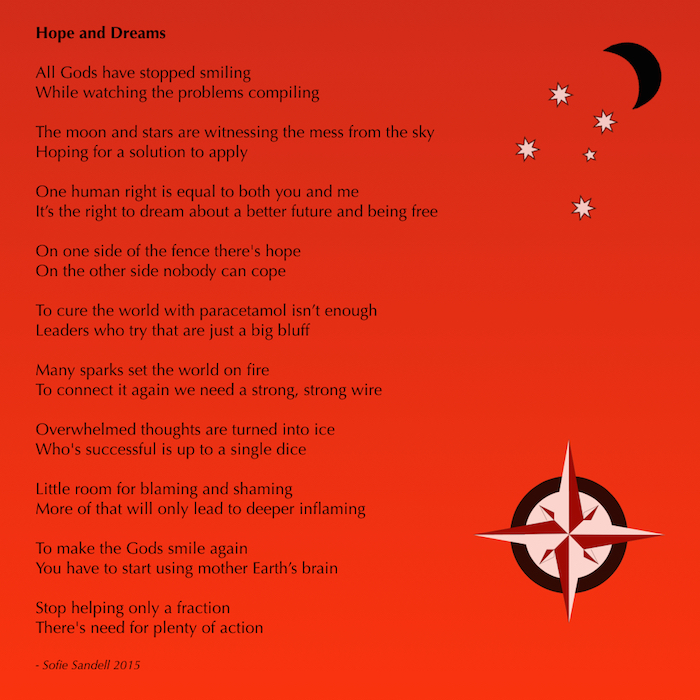 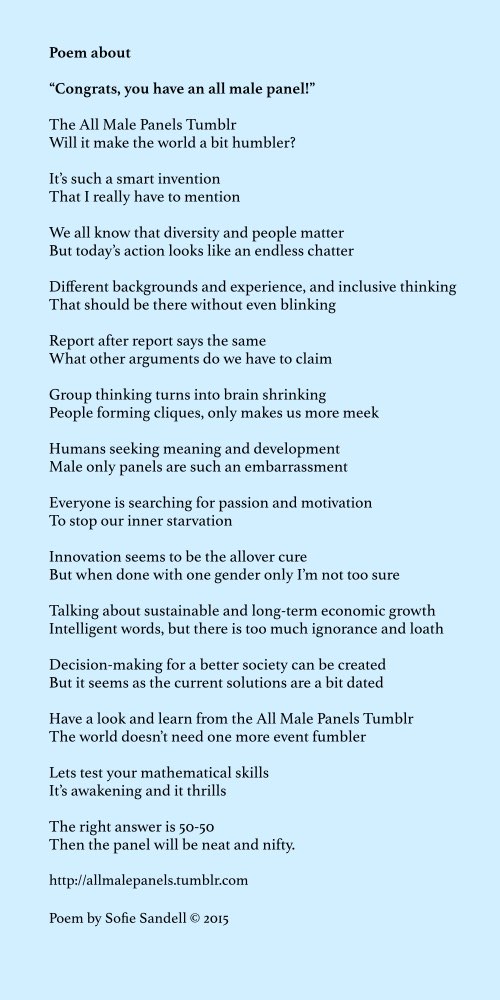 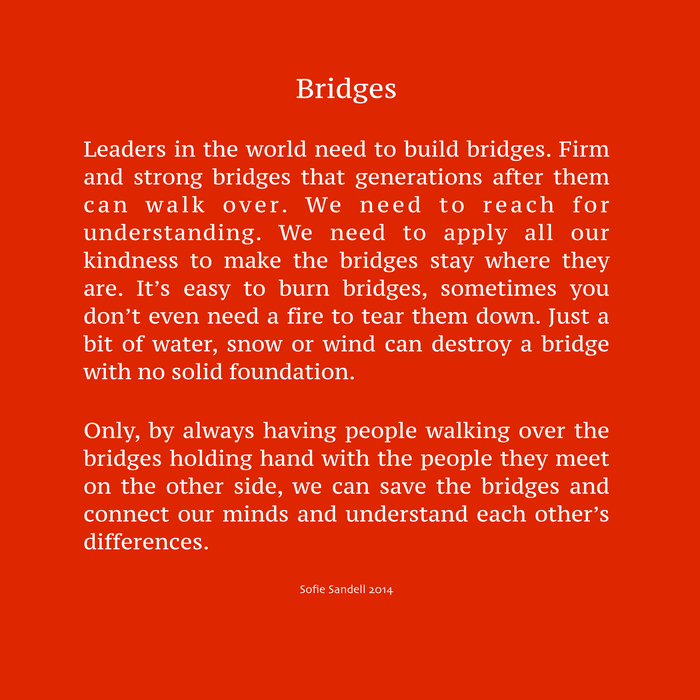 I wrote Bridges when I was at a writing course at Skyros in Greece. I find it awful that so many
leaders are not able to see a solution the future and it’s causing so much pain in the world. 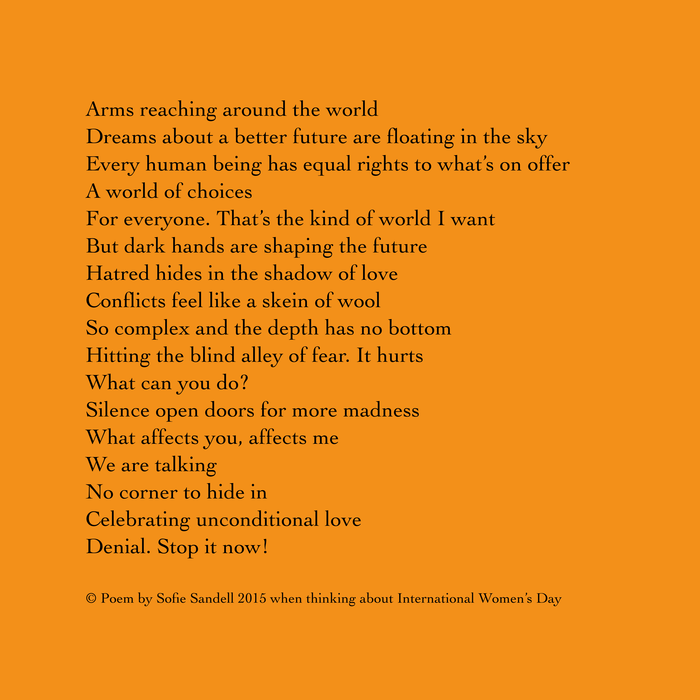 The 8th March 2015 I had been speaking at an event about women in business, and I  attended the
Women in the World festival at the Southbank centre in the Saturday, so when it was Sunday I was
fed up with all denial and out came this poem. I felt as there was not much to celebrate at all for
International Women’s day. 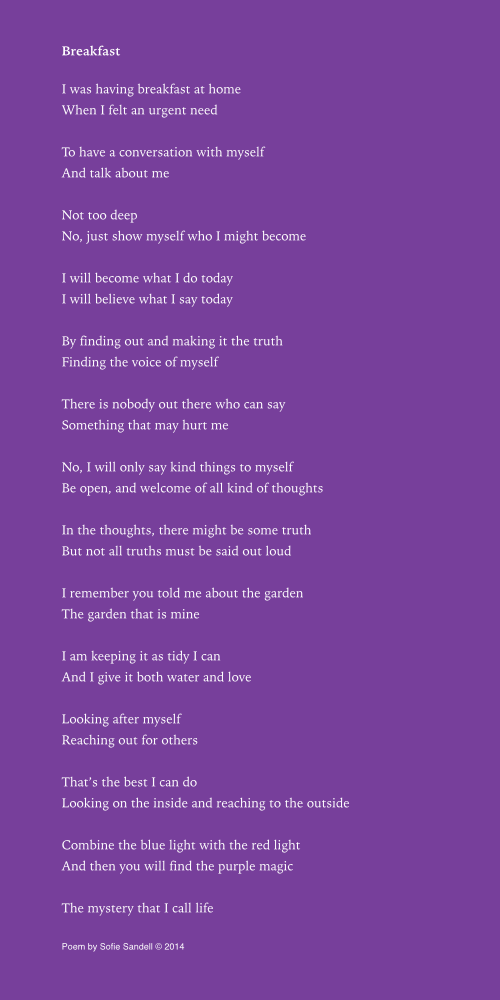 This poem was written in free flow writing style and ended up this way. 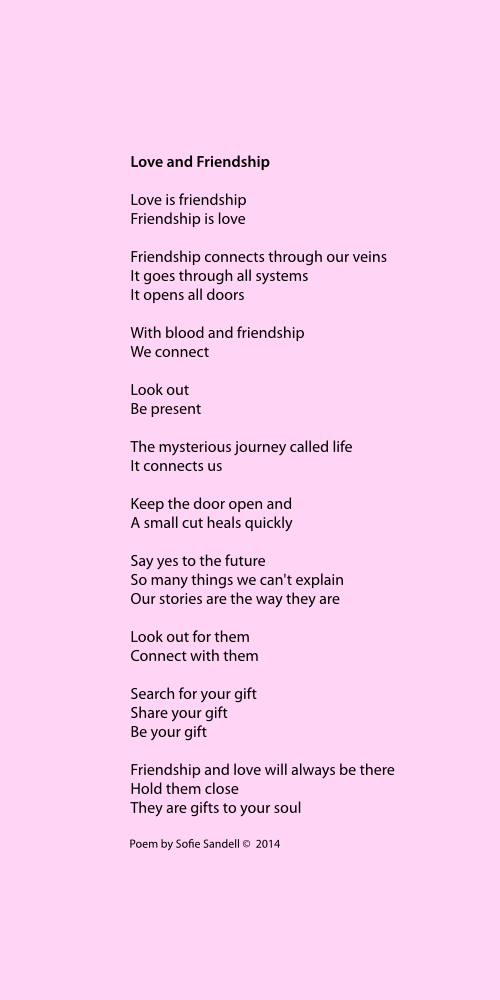 Two friends got married in 2014 and I gave them this poem as a gift. I hope it will bring joy to them for the future. 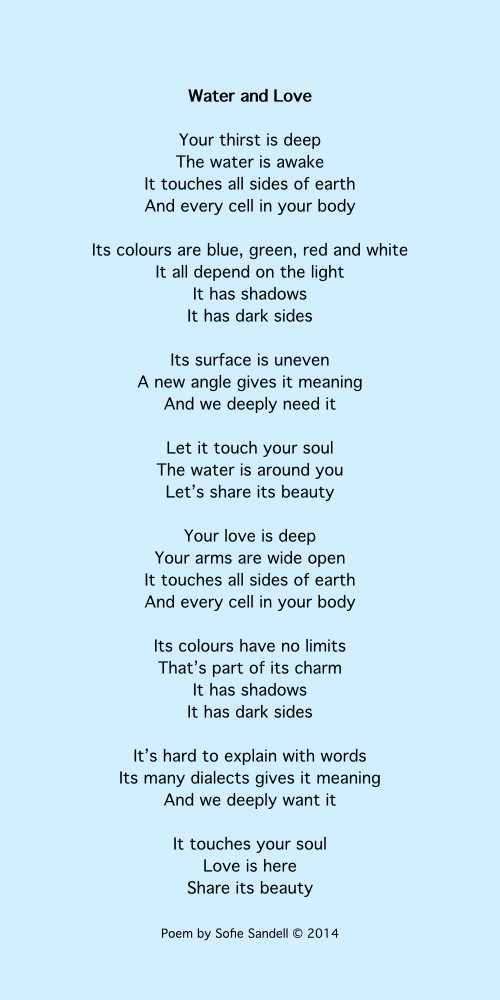 This was an engagement gift to two friends. When I think of them I think of water and the horizon. 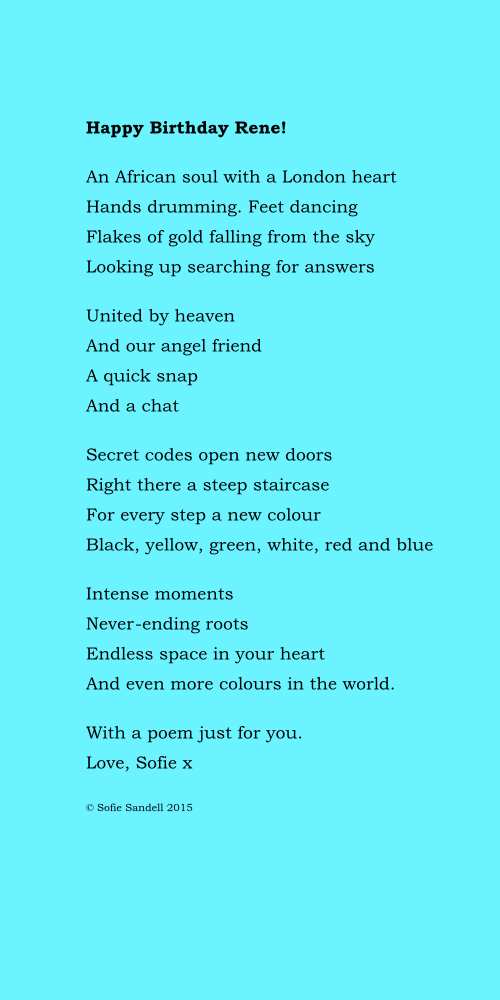 I wrote this to my friend when it was her birthday. We know eachother through a friend in common who committed suicide in 2008, just a few days before my birthday in July. 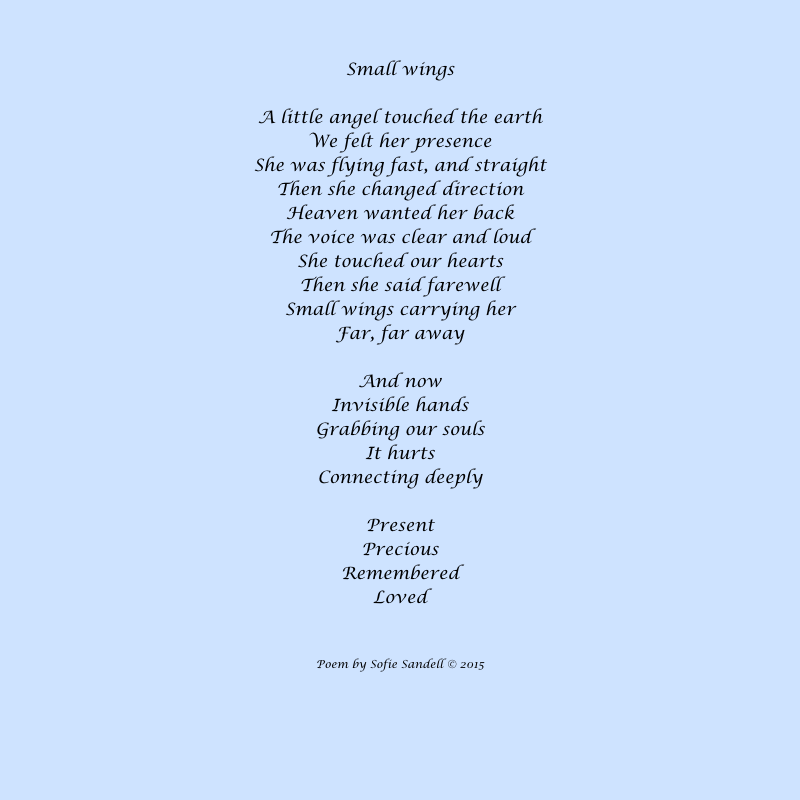 This poem was written thinking about a couple who lost their baby. The baby girl died before she was born.

I had to write this poem, so sad.