In December I did something that I never thought I would do. I went along to one of London’s Death Cafés. A friend of mine went to one in May last year and in November I felt an urge to check it out myself before the end of the year. We met in Putney at a brassiere and the event was organised by Suzanne Michal.

There were about 15 people around the table and it was the first time to a Death Café for everyone. Suzanne told us the rules of the evening: – This is a place to talk about death, and it’s good if you start all conversations why you are here. Tonight is a place for dialogues and you aren’t here to vent your opinions and tear other’s beliefs about death apart. With this in mind I felt much better and I had three 30 minute chats with different small groups.

What really surprised me was that I felt so alive when I left. My mind was sharp as a chef’s knife and I felt so courageous. Talking about death is not something I do that often with my friends and family. In our culture we are very open about death in art, film, music and on the Web, but if we want to talk about it over lunch someone will quickly change the topic.

What made a huge difference for me after the event was that I dared to talk more openly about death with my parents and some of my friends who have been very ill in the last year. It gave me power to talk about what really matter: life choices and relationships. I also found a TV series about death that I watched over Christmas, something that I think I would have avoided before. I’ve followed several blogs by people who only have a limited time left to live.

READ MORE   Tattoos, life and our love for quotes

The most viral blog post 2014 on Huffington Post was written by Charlotte Kitley. In it she shared her thoughts about her bowel cancer and her feelings about it until she passed away in September 2014. So we are very open to read about death, but avoid talking about it.

The first Death Café was held in London 2011 and Jon Underwood the organiser invited people to his house and his mother who is a phycotherapist facilitated the evening. He was inspired by ‘Kaféer mortels’ in France and the Swiss sociologist Bernard Crettaz.

The Death Café is a growing movement and there are new groups meeting every day around the world. Check out the website: www.deathcafe.com and the Facebook page: www.facebook.com/deathcafe

Emelie Krugly Hill a Swedish journalist were at the same Death cafe and she wrote an article about it in a Swedish magazine. Please read below and you can download the article as PDF here. 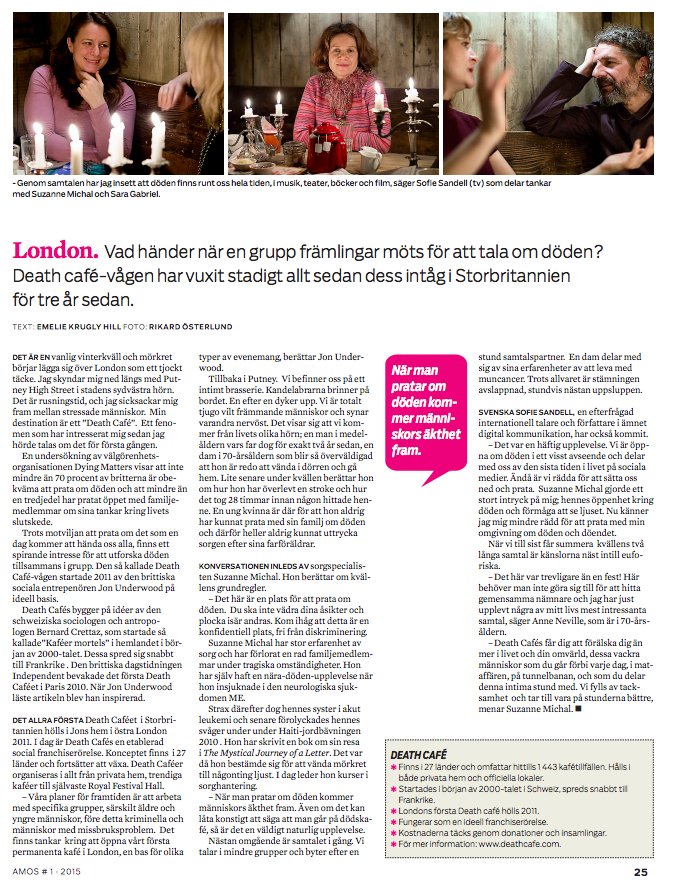 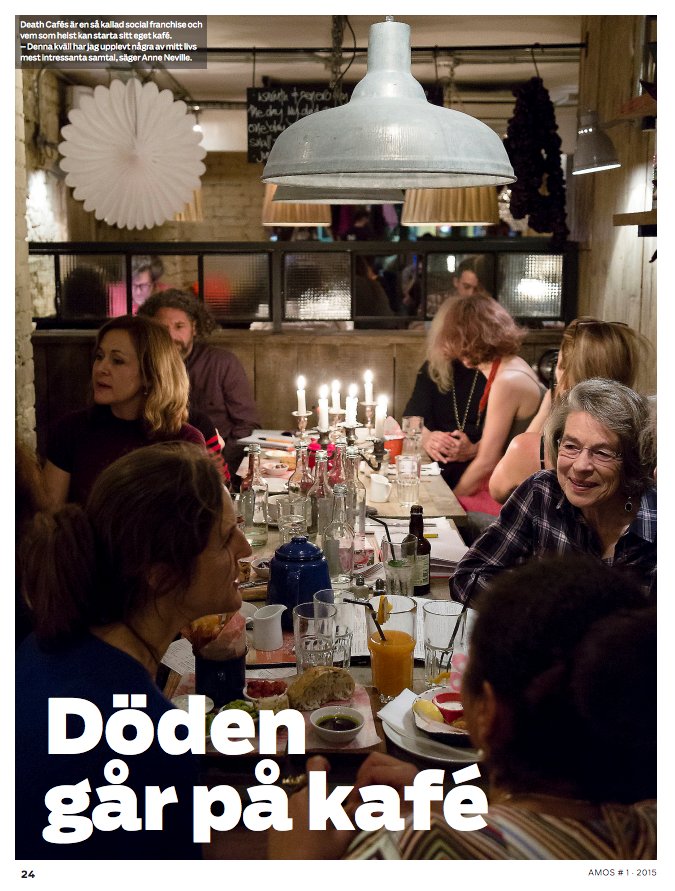