Have you ever been to a seminar where they open the floor up to questions and then someone asks a question that goes on forever, as though they just love the sound of their own voice and suffer from severe verbal diarrhoea?

I’ve recently attended some prestigious technology events in London where experts and panellists from all over the world were invited to speak. The experts communicated their thoughts and ideas in different formats and then they were generous enough with their time to ask for questions.

And that is when it all starts. Almost all seminars suffers from it: the question wankers, the people who take up far too much time and must tell their life stories before getting to the point and asking their question.

‘If you look back in history you can see certain trends…and then I make a connection with the point you mentioned earlier and discuss how it made me think about how this will work or potentially not work according to what you just said. And I also would like to add that I am an expert in this industry and I’ve written at least five books about the topic…’ and so on.

I cringe whenever this happens.

I’ve discussed this before on several occasions, and to simplify I can say that men are the primary culprits. This appears to be a male seminar disease. Not that many women suffer from it that I can see, and if they do it’s not that severe. Why these people can’t express themselves better may be connected with their huge egos, bad childhoods or general communication problems.

Asking a question is something that consists of a maximum of a few sentences and is completed in less than 30 seconds. Some of these people have to make a speech before they finally come to ask their question, a question that is often hard to even understand.

In a Swedish article I read about this issue, the male journalist called these men ‘seminar lords’ in Swedish ‘seminarieherrar’. Hopefully the meaning of this phrase translates well to English. I was playing around with some names with two friends who are also speakers and often emcee panels and this is what we came up with:

Why is this such a big problem?

I go to seminars and workshops to learn from other experts and to meet new people. I don’t sacrifice my time and money to listen to people who suffer from verbal diarrhoea or have something to prove because they were not invited to be on the panel.

So, is there a solution?

In one seminar I attended there was a female emcee, and she was great. The discussion was moving in the wrong direction and some men were initiating a debate about UKIP (now just elected and to be the biggest UK party in the European Parliament) and she quickly made it clear that this was not the forum for this debate. And then she moved on.

At another seminar the emcee just let the questionholes go on forever and the whole room lost its connection with what was being said by the panel.

The emcee should break in as soon as a question wanker takes a breath and ask them to ask the question or give the mic to someone else.

What’s your best Master of Ceremonies tip? How can we save the world from question wankers? 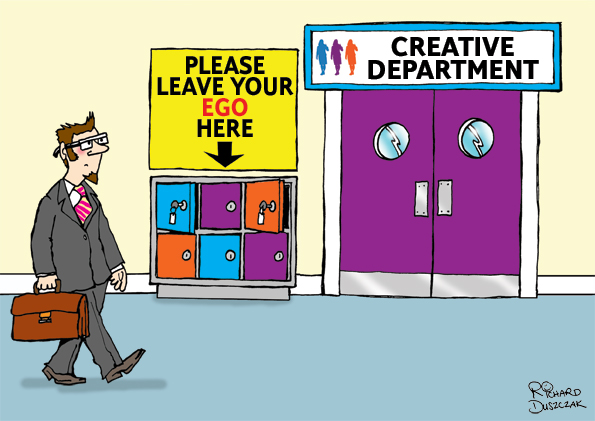