If you are a woman and you get involved in a volunteer-run nonprofit organisation there is one side effect that nobody talks about. At least I never heard about it when I started my involvement as a member in various volunteer-led networks.

All women will be exposed to sexism and discrimination to some degree while they are volunteering. Not everyone will acknowledge this as a problem, but I would argue that it is big and far more common than we dare to say out loud.

Most workplaces discriminate against women. If in doubt please just google ‘discrimination in the workplace’. There are thousands of reports published on the subject in all languages. The pattern follows in volunteer-run organisations as well.

Sexism comes in many forms, from verbal comments to weird emails, to behaviour that should just not be accepted. Some people think it’s okay to loudly comment on a woman’s body, but when that comment is not welcome it is sexism. The line between a welcome and unwelcome comment is debated, but more or less all men who are accused of making an inappropriate comment say things like, ‘It was just a joke. Don’t take yourself so blo*dy seriously. Relax, I meant nothing by it.’

You’ll find everyday sexism in every corner of society.

As long as everyone behaves in an acceptable way the atmosphere in a group of volunteers is going to be fine. But when one individual thinks that the behaviour of another individual is not acceptable you’ll have a problem. It can mean big problem, and it is up to the leaders to do something about it.

You can choose to deal with it or try to ignore it. Many people who volunteer have too much going on in their lives, so the choice to ignore the problem may not be based on their values and what they think is right or wrong, but on a lack of time, energy and knowledge of what a solution would look like.

I attend and speak at conferences. Some of them are organised on a voluntary basis, as in that the conference is a side-project to peoples’ normal job. In the last few years there has been a trend among conference organisers of adopting a code of conduct, you can find it online.

Participants asked to stop any harassing behavior are expected to comply immediately.

If a participant engages in harassing behavior, the conference organisers may take any action they deem appropriate, including warning the offender or expulsion from the conference with no refund.

Conference staff will be happy to help participants contact hotel/venue security or local law enforcement, provide escorts, or otherwise assist those experiencing harassment to feel safe for the duration of the conference. We value your attendance.

We expect participants to follow these rules at conference and workshop venues and conference-related social events.’

This is describing what’s unacceptable and offers good guidelines and hopefully all organisers of events it will read it. I suggest that more volunteer organisations are adopting this, or something similar, for all their activities.

One of my personal examples of discrimination and sexism in a nonprofit organisation happened years ago when I was a member of a Toastmasters club. This is an organisation that helps you develop your public speaking skills, a great mission.

The issue was that there was a man there, who I only had spoken to for ten minutes in total, fell in love with me and to show his ‘love’ he put together a package with a book of over 50 love poems, a two-page-long love-letter about our future together, some CD’s with music, the movie Top Gun and a photo of him.

It was a bit much for me.

I felt I could not go back there again with worrying he would be there. The board members agreed in a meeting that he could stay for three months and if he behaved during this period he could remain.

This didn’t make me feel safe.

The next time he was there I asked him to not attend the club anymore and that his letter and poems were creepy. He screamed out loud in protest. 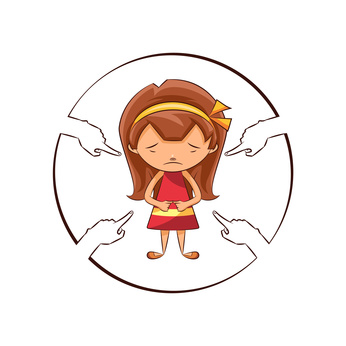 A few days later I got a threatening email from the president of the Toastmaster club, a man in his mid-30s. He told me that I had to write a sincere apology to the board members because I had acted myself in asking a member to leave.

I never went back again. There is no chance in the world that I will apologise for doing what was necessary. The letter and poems were reported to the police, and they have his name in case he does the same to others.

READ MORE   How much time should we spend improving the world?

One thing that surprised me was the total lack of support from female members. They had been giving talks about equality and how to be a good human being, but when this happened to me some of them even removed me as a friend on social media.

If you are a leader in a volunteer organisation there will be moments when you are going to have to deal with these kinds of issues. How prepared are you? How would you react? Who is it important to protect?

Thank you for reading. If you think your network would like to read the article please share it.

Sign up to my Digital Leadership Inspiration newsletter here.

Photo from Fotolia by victorbrave